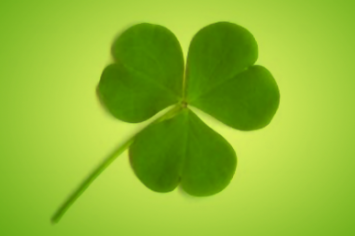 We scoured the world's collected knowledge to compile these facts and legends about St. Patrick, the patron saint of Ireland.

Patrick was born in England, in an area under Roman control. His father, Calpornius, was a deacon and his grandfather was a priest. This was before the Church began requiring vows of celibacy from their clergy. While on his mission in Ireland, he missed his father and mother, Conchessa, but felt he couldn't return. "God knows what I would dearly like to do. But I am bound in the Spirit, who assures me that if I were to do this, I would be held guilty," he writes in one of two surviving documents confirmed to be written by Patrick. (source)

Patrick was taken from his home at a young age and sold as a slave. He was sent to County Down, Ireland, where he tended sheep and swine. After six years as a slave, he escaped to France. Tradition states Patrick had a vision in which he was told to return to Ireland. After the vision he began the process of becoming ordained, returning to Ireland as a bishop in 432. St. Patrick's Cathedral is built on the site of a church Patrick built in the year 445. (source)

Things you thought you knew about St. Patrick

The legend of St. Patrick using the shamrock to teach about the Catholic concept of the Holy Trinity - the Father, the Son and the Holy Ghost - dates to the early 1700s. There is no evidence that Patrick actually used a shamrock as a prop while converting people to Christianity.

Patrick is credited with driving all the snakes from Ireland. The truth of the matter is there were never any snakes in Ireland to begin with. One theory explains the source of this legend as figurative, rather than literal. The serpent represents either paganism or evil, which Patrick was on a mission to drive from the land

Like most ancient people very little can be known with ny certainty about St. Patrick. The Wikipedia article does a good job of discussing most of the legends sourrounding his life