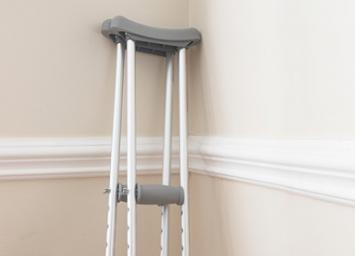 Our first impression of another person is based on a visual inspection - the attractiveness quotient. Alas, that measure can be and often is misleading, and in many cases irrelevant when it comes to the quality and character of an individual.

Let me take you back to a time in my life when the first impressions held of me, a woman living with spastic diplegic cerebral palsy, were totally and soundly squashed. Admittedly, I played a bit of a trick on the unsuspecting parties, males in this case, with the help of a partner in crime, a friend of many years who fully appreciated and appreciates my quirky sense of humour.

Back in the '70s when I was in university, I was part of the typical student scene and enjoyed frequent Friday night club stops at The Cosmopolitan Club in downtown Fredericton, New Brunswick. On this particular occasion, my friend and I decided to have a night out after a week of brain drain. I had asked my friend to at least make an effort to be ready on time - no need to take three hours to put a face on; I never did. I was then and still am a minimalist when it comes to creating an illusion. Anyway, why mess with perfection?

We made it to the club to find it was totally packed, but the doorman spoke to one of the wait staff and a table was found for us, probably because he took pity on me, the poor wee thing on crutches. Poor wee thing, indeed!

Since we were dateless that night, where we were seated had two empty spaces. My crutches happened to be positioned behind my friend, propped up against the wall, fully visible.

Eventually two guys passed near our table, both military men, still in fatigues. They looked us over, and I knew straight away they saw the crutches behind my friend's seat. I gave her "the look" - the one that told her I was up to something. Knowing I was a student of human nature, she fell into step instantly. It was I who invited the young men to join us, one taking up a space beside me, and the other beside my friend.

It didn't take long for them to ask her about the crutches. She wasn't sporting a cast, so she had to say something. She lied! She told them that she lived with cerebral palsy and it affected her balance and gait. Immediately, their attentions moved from her to me. I wasn't surprised but gave nothing away. For quite some time, they engaged in conversation with me to the exclusion of my friend, though I made sure to draw her into the banter.

But inside, I was boiling, so wanting to speak up and put an end to this crap. But I held on till I could hang on no longer - I had to go to the bathroom. The guy beside me rose. With a smile, I asked my friend to pass me the crutches. The guys looked at me, then her, then each other. Finally, I spoke: "Bet you're wondering about the crutches? We share them!" Then, with an awkward gait typical of a spastic diplegic, I walked away from the table.

Upon my return, I came clean, explaining that my friend had no mobility disorder of any kind and that she went along with my experiment to illustrate that first impressions can toss persons with disability to the sidelines with rarely a chance to be included, unless they are tenacious enough (as I am) to speak up and assert themselves.

I apologized for playing a trick on them and followed that with a question - I asked them what they thought about what had happened. Both became aware of what they had done - that they had ignored my friend, whom they were told had cerebral palsy - making it clear that she wasn't of value to them as part of the group.

The lesson for them was this - choosing people to associate with based on their "packaging" doesn't just deny them, it denies you as well.
MORE ARTICLES