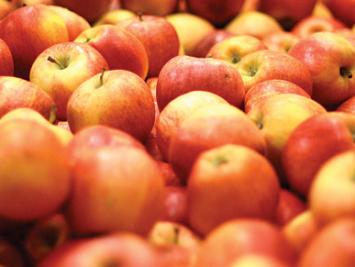 People who enjoy an apple a day might want to start visiting the organic section of the supermarket. According to the American-based Environmental Working Group's annual "Dirty Dozen" list, which ranks fruits and veggies in order of how pesticide-ridden they are, apples are the most contaminated. The following 12 produce items, the "dirty dozen," were found to contain the greatest amount of pesticides:

And the following produce items, the "clean 15" were found to contain the least amount of pesticides: