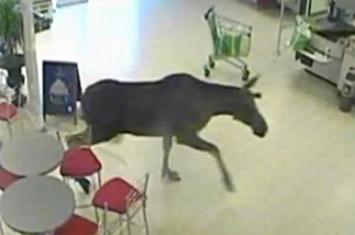 These five videos might just give you a different perspective of the majestic moose that roam our highways and meander through our backyards. From destructive nuisances to playful friends, these creatures definitely have distinct personalities. Enjoy!

How a Moose Gets Groceries

A Different Kind of Moose-Vehicle "Collision"