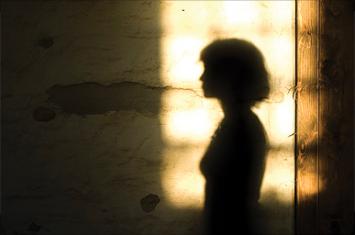 Call me crazy, but I'm a long-time believer in the paranormal. How could I not be? I grew up in the Mockbeggar area of Bonavista, a historic, ocean-hugging part of town well known for spooky activity. Another house I lived in, in nearby Elliston, was separated from an old graveyard by just a few trees. The creepy experiences I grew up with led one of my more logical friends to once confess to me in a hushed tone, "You know, Kirsten, your stories are the reason I believe in ghosts."

So I was excited to chat with others turning skeptics into believers. Erin Sonley and the "Newfoundland and Labrador Paranormal" television crew, have been travelling to many supposed spine-chilling places around the province.

has such a rich culture, heritage and history that there's so many ghost stories here - unlike anywhere else that I've ever come across. I can remember shaking in bed while my grandmother's telling me all these things that are after happening to her. She and my grandfather are probably the ones that gave me my love of the paranormal," says Erin (pictured, left). "People wonder why I'm interested in the morbid, but that's why - I grew up with it."

Erin, who has three children with her partner Ronnie (pictured, left), still can't seem to shake those things that go bump in the night. After strange recurring nighttime activity in their kids' room, the couple decided to set up cameras and recorders to catch what was happening.

we saw all these shows on TV, so we thought 'Let's do this, let's find out what's going on.' And from there we started doing investigations. People would say their house was haunted so we'd go check it out." The investigations were so fascinating to them, they thought they'd be fascinating for others as well. In short order, the couple found a business partner with video production equipment, Stephen Lewis (pictured, left), and the trio have been producing a TV series ever since. Recently, NTV added the 13-episode season of "Newfoundland and Labrador Paranormal" to its fall television lineup.

Some of the haunted locations the crew has visited include the LSPU Hall and the Masonic Temple in St. John's, the lighthouse and Mockbeggar Plantation in Bonavista, and Bell Island and Kelly&#146;s Island in Conception Bay.

Plus, plenty of people contact the Newfoundland and Labrador Paranormal gang to investigate their homes. "Some people are looking for help or safety if whatever's in their homes is trying to harm them. We try to help people like that," says Erin. She believes homeowners get a sense of security and relief in sharing their terrifying tales with a TV crew whose mission is to inspect the mystical.

"Hunting" equipment
To conduct their investigations, the crew usually set up their equipment in the haunted location around suppertime and prepare themselves to spend the night. Despite their low budget, they use high-tech multiple infrared cameras, voice recorders, thermal imagers, electro-magnetic field (EMF) detectors to track energies, and laser temperature guns to tell when there's a severe drop in a room.

But sometimes they decide to take old-fashioned approaches instead. "If a spirit has been around for a long, long time, maybe all of this modern equipment that we're hooking up and using, and scanning and shooting and everything else, is kind of scaring them, and making them hide away. So sometimes we'll break out a candle or an old-fashioned compass, or baby powder on the floor to try and get footprints," says Erin.

Their zeal for the paranormal isn't limited to poltergeists; they have plans to look for Newfoundland and Labrador's Bigfoot, apparently one of the first reported sightings in North America. And then there's the rumoured lake monster (locally known as "Cressie") in Robert's Arm they'd like to pursue. And in the future, the group's ultimate goal is to expand their search for the paranormal to Labrador and the rest of Canada.

Seeing is believing
With the first season a wrap, all three say they remain on the fence regarding whether they believe the experiences they've had are related to ghosts or some other paranormal entity. And they all agree on something else - through the course of their investigations, they've witnessed events that none of them can explain. The viewing public can decide for themselves when the show airs, and Erin says that with their show, what you see is what you get.

"We don't try to dress it up. If we get nothing we get nothing, that's it - sorry. This is our investigation and we didn't capture anything. That's real - we're trying to present it as true as possible." She adds some of the footage of herself, Ronnie and Stephen provides great comic relief. "There's gonna be a few little places where you're like 'these guys are such losers. Man, I can't believe they just did that on camera.'"

Despite their morbid hobby, it isn't hard to tell the Newfoundland and Labrador Paranormal team is a lot of fun. Our interview is full of lighthearted insults and laughing fits. After we all stop cracking up to take a breath, Erin comments, correctly, "You can probably tell we have a good time together."