How to Keep a Food Journal 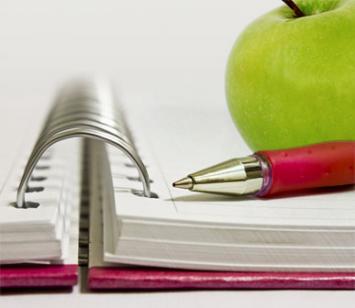 Keeping a written record of your snacks and meals is an important aspect of mindful eating. It builds awareness of what you put in your body, and therefore can be a helpful method of weight loss. Here are some simple tips for maintaining a food journal.

• Make sure your food journal is portable so you're encouraged to bring it everywhere - no one wants to lug a three-ring binder to a restaurant! Get a small notebook that can fit in your pocket or purse. It's helpful to write as you go so you don't have to try and remember everything you ate at the end of the day when you're sleepy and just want to go to bed.

• Alternately, there are many smartphone apps for keeping track of what you're eating. Some like the Clarity Health Journal: Food Diary goes the distance, helping you determine your Body Mass Index (BMI), so you can calculate personal calorie and nutritional content needs.

• Keep note of what you're doing and how you're feeling when you're eating. It's easy to devour a whole bag of peanuts without noticing if you're driving or engaged in a movie. If your appetite is back a short time after a snack or meal, drink some water first - many people mistake the feeling of thirst for hunger.

• Be careful to track portion sizes for each meal/snack in your food journal. A "bowl of pasta" can mean anything from a half cup to two, or more depending on the size of the bowl! If you don't want to have to physically measure out things in spoons and measuring cups, I generally try to measure single servings of meal components like starches (e.g. potatoes), fruits/veggies (e.g. mixed greens) and protein (e.g. a steak), as being the size of your fist.

• It can be pretty tempting to leave that shaming bag of cheezies out of your food journal, but the only person you'll be cheating here is yourself. Be honest and remember moderation is a key element of a healthy eating journey. If you notice frequent junk food indulgences in your diary make note of the circumstance of the dietary slip-up (i.e. a break-up or sleepless night). It may help you realize when you turn to unhealthy stuff for comfort, when it's time to cut back, and how to change the way you eat emotionally.

• There's nothing like home cooking - especially if you're watching what you put in your body. Eateries often don't release their nutrition information, making it more difficult to track what you consume in the run of a day. Stick to home cooking and stay in control.

• Watch out for hidden calorie sources like drinks, sauces and condiments and be sure to include these in your food journal as well.

• Make the point to review your food journal. If you set a time once a week to sit down and read over what you've eaten, it's a good way to set personal goals and follow your progress. Good luck!