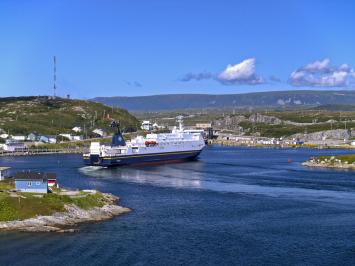 Bernadette White photo
In his column, Between the Boulevard and the Bay, Downhome's founding editor, Ron Young, recently wrote about his own theories regarding how to improve the province's ferry service. (See the March 2012 issue for the full column.) Since then, we have been inundated with feedback from our readers, including the following messages left on our Submission Phone Line (1-866-640-1999):