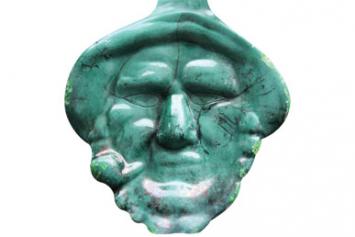 Ida Newhook photo
In the span of a couple of months, Downhome received letters from two different readers, both inquiring about nearly identical antique items that they own - a brass image of a fisherman's face. Struck by the coincidence, but unsure what the item was or where it came from, the editors put the call out to readers to identify the mystery object (pictured right). As usual, you came through for us! Here are some of the messages left on Downhome's Submission Phone Line (1-866-640-1999).