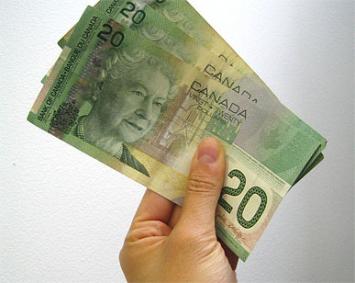 As if conjuring up the courage and will power to make resolutions isn't bad enough, keeping them can also cost a bundle. Well, here's a New Year's resolution you can take to the bank: resolve to make (and keep!) cheaper resolutions in 2012. Here are some of the most common resolutions made by well-meaning folks every January 1, and tips for keeping them...on the cheap.

Get fit.
After lazing your way through a leisurely holiday, you can barely walk the length of yourself - not to mention your "love handles" aren't looking so lovely. Time to get fit, methinks?

Regular resolution cost: Approximately $600 for a full-year membership at your local gym.

Resolution on the cheap: Unless you're absolutely, positively, without-a-doubt sure you're in this for the long haul, don't be swayed by savings promised by purchasing a full-year gym membership. Some estimates state that as much as 60 per cent of gym memberships go unused, so start out paying month-to-month instead. Only commit for the long term once visiting the gym has become part of your routine. Or, if you really want to save money, work out at home; do sit-ups or go for a daily jog in the crisp winter air. Afterall, fancy gym equipment is NOT necessary for getting fit.

Spend more time with family.
Between your job (and the overtime from your job), Christmas shopping, and completing home improvement tasks, you barely recognize your family members anymore. Perhaps a little quality time is in order in the New Year.

Regular resolution cost: The sky's the limit. Although tickets to movies, hockey games and other events and activities may seem cheap in the moment, over time, the costs add up.

Resolution on the cheap: Instead of going out to spend time with your family, see how much fun you can have staying in: Have a family board game night, cook dinner with your kids, build a snow sculpture together. To stay in touch with relatives living away, use Skype to communicate and cancel your long-distance plan.

Get your house organized.
Putting your boxes of Christmas decorations back into the storage room is like a complicated game of Tetris - everything has to fit JUST right, or it's game over. If this sounds like you, you need a little order in your life in 2012.

Regular resolution cost: Hundreds of dollars for extensive shelving, or rental of a storage unit.

Resolution on the cheap: Half the battle to getting your home more organized is getting rid of what you don't need. Donate your unwanted items to charity, or hold a garage sale and make money off this resolution. Use this general rule of thumb: if you haven't used or worn an item in more than six months, it's got to go!

Quit smoking.
Make 2012 the year you finally kick the habit once and for all. We've found some cheaper ways of quitting - and this is the one resolution you can't afford not to keep.

Regular resolution cost: There are many and varied methods smokers use to help kick the habit, from laser therapy (approximately $300 - and up), to smoking-cessation drugs (approximately $350) and everything in between.

Resolution on the cheap: Seek free counseling and support in your area. In Newfoundland and Labrador, call the Lung Association's Smokers' Helpline (1-800-363-5864) - a free, confidential telephone-based service. They can set you up with free information and resource materials; you can even arrange to speak with a cessation counselor for advice and support. If you're seeking help from cessation drugs, check with your insurance company, which may cover their cost. And if you're a techie, check out the Best Apps to Help you Quit Smoking.