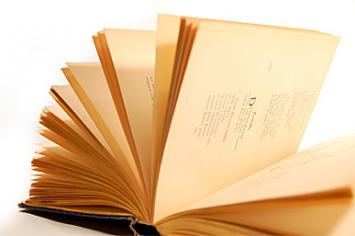 There's nothing quite like losing yourself in a great book, anxiously racing to the end of an expertly crafted mystery or getting swept up in the emotions of characters who practically leap from the page. Ever wonder what the writing process is like for the authors who write your favourite reads? What inspired the intriguing plot? How they dreamt up the curious characters? At various literary festivals happening all over Atlantic Canada this summer and into the fall, you might be able to find out. Many festivals also include a heaping helping of music, opportunities to hone your own writing skills, and even fun for the young book worms in your family. Check out the following literary festivals happening in the Atlantic region in the coming months.

Winterset in Summer Literary Festival, Newfoundland
August 12-14, 2011
This year marks the 10th anniversary of the Winterset in Summer Literary Festival, set to take place at the newly renovated Beaches Heritage Centre in Eastport and other locations around town. To mark the milestone, this year's festival will see the largest gathering of award-winning authors in the event's history. The majority of past Winterset Award winners (including Michael Winter, Michael Crummey, Joan Clark, Robert Mellin, Ed Riche, Randall Maggs and Jessica Grant) will come together to discuss their novels on Saturday. New this year, the festival will include "Storytelling in Salvage," during which some of the province's best contemporary storytellers will come together to spin a tale or two at St. Stephen's Church. For more, visit www.wintersetinsummer.ca or check out "Winterset in Summer" in the August 2011 issue of Downhome.

Writers at Woody Point, Newfoundland
August 16-21, 2011
Two performances by Newfoundland's own Hey Rosetta! as well as Matthew Hornell and the Diamond Minds will kick off this year's Writers at Woody Point literary festival, held in Woody Point, Bonne Bay. Again this year, CBC Radio's Shelagh Rogers, host of "The Next Chapter," will host the event. Come out on Thursday for readings by Ed Riche (Rare Birds) and Kathleen Winter (Annabel). On Friday, hear from acclaimed author and storyteller Richard Wagamese, and Wayne Johnston, who will be launching his latest novel during the festival. On Saturday Johnston returns to the stage for an interview with Rogers, plus hear readings by Joel Hynes, debuting his latest work of non-fiction, and Emma Donoghue (Room). The festival comes to a close on Sunday with last words from Russell Wangersky (The Glass Harmonica) and Michael Winter (The Death of Donna Whalen). For more, visit writersatwoodypoint.com

Word on the Street, Nova Scotia
September 25, 2011
For the first time, Halifax's Word on the Street is leaving the street and hitting the open water, with several readings to be held on boats like Theodore Tugboat and the CSS Acadia. The Marketplace, featuring more than 40 exhibitors (including publishers, literacy organizations, graphic novel producers, etc.) will be held seaside, on the wharves behind the Maritime Museum of the Atlantic. Word on the Street promises a fun time for young bookworms as well, with interactive activities set to take place at the Ross Creek Centre for the Arts Children Zone. Have a great idea for a book or story? Event organizers are encouraging attendees to pitch a publisher during the festival. Not in Atlantic Canada? You can also check out this national literary festival in the following locations: Vancouver, B.C.; Lethbridge, A.B.; Saskatoon, S.K.; Kitchener, O.N. and Toronto, O.N. For more, visit www.thewordonthestreet.ca/wots/halifax

Pen and Inkling Festival, Prince Edward Island
September 28-October 2
The Pen and Inkling Festival, taking place in Charlottetown, P.E.I., is a celebration of the literary arts on P.E.I. and throughout Canada. This year, the festival kicks off with a song-writers circle featuring poet and musician Tanya Davis. Following this, festival-goers may attend author readings, as well as workshops, open mic events and a gala with live music. The festival's guest of honour this year is Drew Hayden Taylor of Curve-Lake First Nations, a celebrated native playwright, film maker, comedian and novelist who will deliver humorous, yet educational, presentations sure to entertain the crowd. The festival closes with the 2011 Island Literary Awards ceremony. For more, visit www.peiwritersguild.com/pen-and-inkling-festival

Cabot Trail Writers Festival, Nova Scotia
September 30-October 2, 2011
The weekend prior to Thanksgiving, while the hills are ablaze with fall colour, North River on Cape Breton's Cabot Trail will provide a stunning setting for an intimate gathering of authors and book lovers. At this year's unique opening gala, Halifax's 2010 Poet Laureate Shauntay Grant will read a series of poems inspired by the work of iron sculptor Gordon Kennedy, which will be on display. The remainder of the festival will consist of readings by Grant, as well as 2010 Rogers Writers' Trust Fiction Prize nominee Alexander MacLeod and 2010 Scotiabank Giller Prize winner Johanna Skibsrud. The authors will share their experience through workshops, seminars and guided discussions. The Cabot Trail Writers Festival prides itself most for its intimate nature, which encourages the informal mingling of authors and festival-goers. For more, visit cabottrailwritersfestival.com