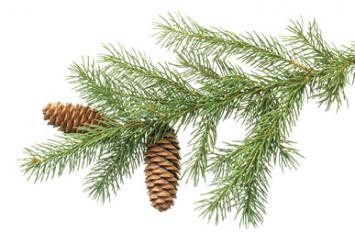 Recently I received the following letter from reader Dave Potts. His predicament is not exactly unusual for property owners on the windswept terrain of Newfoundland. He writes:

Dear Ross; My wife and I own a five-acre parcel with a small home at Cape Ray, Newfoundland - the last house before the lighthouse. I think the local folk refer to the area as the barrens or something like that. There is not a tree on the property. There is about 18 inches of moss/topsoil above good ol' Newfoundland rock. I am looking for advice as to the type of trees that I should plant. I have in mind tamarack, spruce and, although I do not see them growing locally, white pine. I am looking for some advice and was wondering if there are trees available through the government forestry service.

Dave, I am familiar with the area and your unique natural landscape. One of the main reasons why there are no native trees is because of the wind and poor soil. You also need a seed source from other trees in order for them to get established naturally. Trees and shrubs can be transplanted, but there are limitations with your type of landscape. I don't think you will be able to find suitable plant material at a nursery. You need to transplant native trees and shrubs that are growing in exposed areas nearby.

The timing for transplanting is critical. You have about two weeks in the spring - as soon as the ground thaws out and before new growth starts. I don't recommend fall transplanting in this situation. When choosing a plant, remember that the smaller the tree or shrub, the easier it is to transplant and get established. You don't gain anything by planting large trees in windy areas because they may not take root. Smaller trees will start to grow faster after transplanting and you will have a much stronger tree. For example, a 12- or 18-inch white spruce is a better choice than one that is three or four feet tall. It is a good idea to select the trees and shrubs for transplanting from an area that is exposed to the wind and where they are not crowded together.

The technique for transplanting from the wild involves digging around the tree while at the same time pulling it up, to get as much root as possible. The roots of the tree or shrub should be immediately covered with plastic to keep it from drying out. The exposed roots should not be allowed to dry out even for an hour or so. Also, the organic material that accumulates underneath trees in the forest contains organisms that help trees get established and grow. So it's a good idea to collect some of this and mix it with the soil when you transplant the tree on your property.

Do not use fertilizer when transplanting. However, a small sprinkle of lime mixed with the soil would help. Make sure that the soil is packed tightly around the roots to eliminate air pockets. If you did well and chose a small tree, it won't need any special supports after transplanting. After planting, mulch the ground to prevent any plant growth around the base that would compete with the tree for moisture and nutrients. And if the tree happens to be dry, it should be watered when planted and again every few days for a month or so. No pruning is necessary the first year except for broken branches or branches that are growing in the wrong direction.

There are several species of trees that I would recommend for windy areas. The native white spruce, Picea glacua, is well adapted to the wind and provides shelter in the wintertime. As you mentioned, the tamarack, Larix laricina (or juniper, as we call them in Newfoundland) is another good choice. The native alder, Alnus crispa, can be trimmed to make a hedge. I do not recommend pine because it is not well adapted to wind and salt spray.

In general, I would recommend maintaining a natural landscape with its unique characteristics. The old-fashioned picket fence made with small round spruce could provide some shelter and blend in with the landscape. A fence made with driftwood would be another choice. The plants that are now naturally growing in the barrens should be preserved as much as possible. Pathways made with gravel or wood can provide easy access. Good luck with your project.

Got a gardening question for Ross? Email him at downtoearth@downhomelife.com.