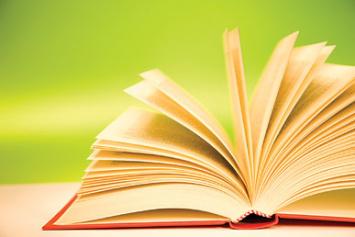 Winter, with its stormy days and long nights, is the perfect time to do those things that during the rest of the year we say we wish we had time for - like learning to speak Russian, understanding your dreams or writing great fiction. If you're ready for some self-exploration or just a fun class to take one night a week, check out the following courses you can take from the comfort and convenience of home.

Memory Power
Do you have trouble remembering what's-his-face's birthday? Or perhaps from time to time your debit card pin number or your email password escapes you. This memory improvement course teaches techniques to help with remembering names, pins, passcodes, telephone numbers and can even help people give presentations sans note cards.
www.memorypower.org

Dream Analysis
We all have them, but few of us understand them. And during our waking hours, we often wonder, do dreams really come true? This course not only teaches where dreams come from, but also explores the psychological aspects of dreams, as well as how to interpret their meaning and the role they play in intuition.
www.elearnuk.co.uk

Write Your Life Story
Do you often find your friends and family hanging onto every word as you share your funny and fascinating stories? If you've always wanted to write your life story but have no idea where to start, this online course offered by Memorial University is for you. You'll learn everything from how to describe the people who have influenced you the most, to how to jog your memory and more.
mun.augusoft.net

Hypnotherapy Training Course
Inner Balance Hypnotherapy, located in Edmonton, Alberta, is bringing the power of hypnosis to the world. The company's online course includes the history of hypnotherapy, an introduction to self-hypnosis and how to create a hypnotic journey.
www.innerbalancehypnotherapy.com

Romance Writing Secrets
If you love reading romance novels and think you can give the likes of Danielle Steel a run for their money, this online course at Memorial University will teach you how to turn up the heat in your own writing, provide tips and tricks for getting published and more.
mun.augusoft.net

Learn a Language
If you're planning a trip to a foreign country, then at the very least you'd be wise to learn how to ask where the bathroom is. Whether it's common (but important) foreign phrases you're looking to learn, or you'd like to study another language more in-depth, there are online resources to help you start speaking languages from Abenaki to Yiddish - and everything in between.
www.word2word.com