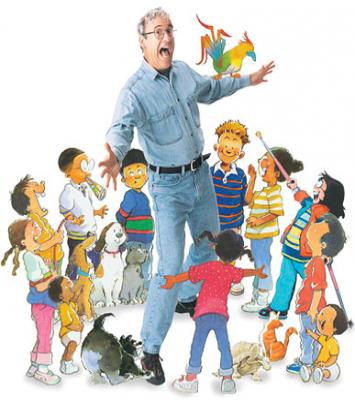 Canada's bestselling children's author Robert Munsch may set his 30th book in Rigolet, Labrador - if the location gets enough votes.

Munsch, along with illustrator Michael Martchenko, will release the book in 2011. Three story ideas, set in different locations across Canada, have been posted online at scholastic.ca and readers can vote for their favourite up until October 31. The story that receives the most votes will be turned into a book, and Munsch will visit the winning location when the book is published in May. Rigolet is up against Brussels, Ontario and Fort McMurray, Alberta. Each story was inspired by children Munsch met while visiting the communities. The story in Rigolet centres around a girl and her dad who go ice fishing, only to discover that the fish are trying to catch the people.

Update! Rigolet received the most votes and will be the setting for Robert Munsch's next book, called Give Me Back My Dad!