A Big Day Out With the Blue Genie 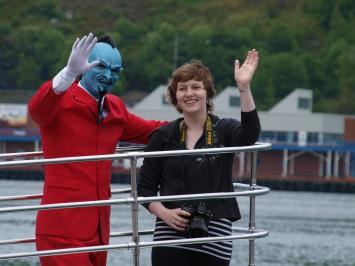 Take a behind-the-scenes look at Angela Butler's Dream Day with the Blue Genie (Joshua Dawson) in St. John's, NL, from her initial surprise to her attempts to captain a large vessel during a visit to the Fisheries and Marine Institute's ship simulator. For more on this story, have a look at the August edition of Downhome.