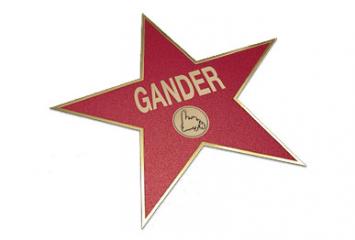 While it may be far removed from the glitz and glamour of Hollywood, Newfoundland and Labrador has had starring roles in more books, movies and television shows than you can shake a stick at. The capital city of St. John's alone has played the leading lady in countless productions - do the book/film The Divine Ryans or the more recent hit TV show "Republic of Doyle" ring any bells? If you're touring around this summer, make sure to visit some of these famous nooks and crannies. Have we missed any "small town celebrities?" Let us know by leaving a comment.