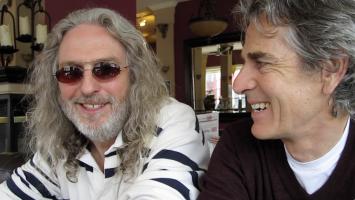 To hear more, have a look at the following video clips.

Click here to enter to win a copy of the band's first self-titled album on CD.

Greg Malone and Sandy Morris discuss why it's great to be part of the WGB.


The guys share a bit of news about the band's upcoming projects.


Malone and Morris chat about the rerelease of their first self-titled album on CD, recorded at Clode Sound Studio in Stephenville in 1978.